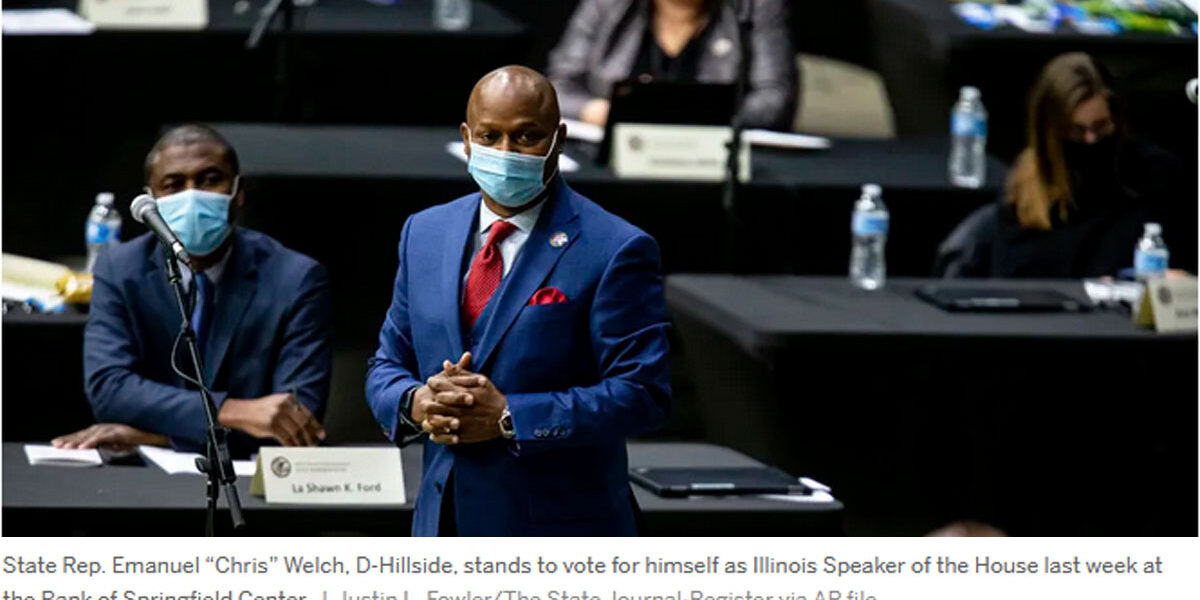 Our caucus has a very deep bench of people who love this state,” Welch told the Chicago Sun-Times, ahead of his official announcement on Thursday. “In many ways, it’s a diverse caucus. I think this is reflective of that diversity.”
By Rachel Hinton Jan 21, 2021, 7:00am CST

There’ll be new faces — and some familiar ones — on the leadership team that newly sworn-in state House Speaker Emanuel “Chris” Welch plans to announce Thursday, calling it a racially and geographically diverse group that he argues “can move Illinois forward working collaboratively together.”

Both are holdovers from the era of House Speaker Mike Madigan, the Democratic powerhouse who abandoned his bid to continue his nearly four-decade reign, giving Welch the opportunity to become the state’s first African American speaker.

Welch’s top ranks will also feature new faces, including state Rep. Mary Flowers as deputy majority leader and dean of the House Democratic Caucus, the latter an honorary title reflecting the South Side Democrat’s 36 years in the House.